The ECR Sp. z o.o. company uses cookies as part of this website to provide you with services at the highest level, including in a manner tailored to individual needs. Using the site without changing the settings for cookies means that they will be placed on your end device. You can change your cookie settings at any time.
CUSTOMER SERVICE:

WHAT ARE YOU LOOKING FOR? 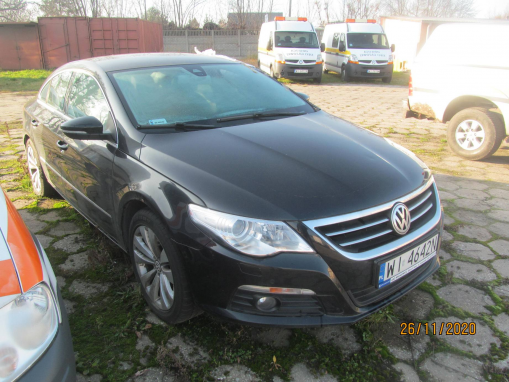 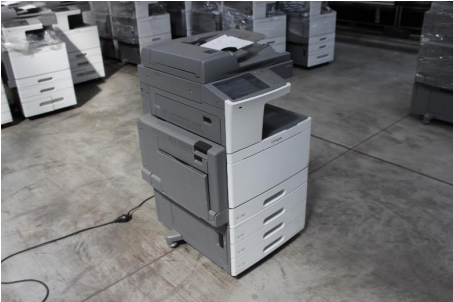 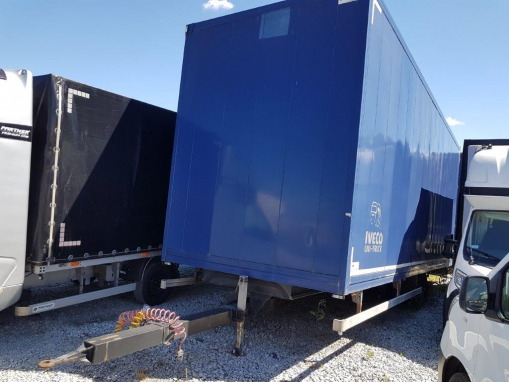 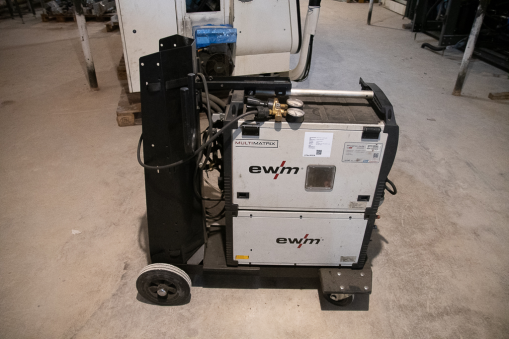 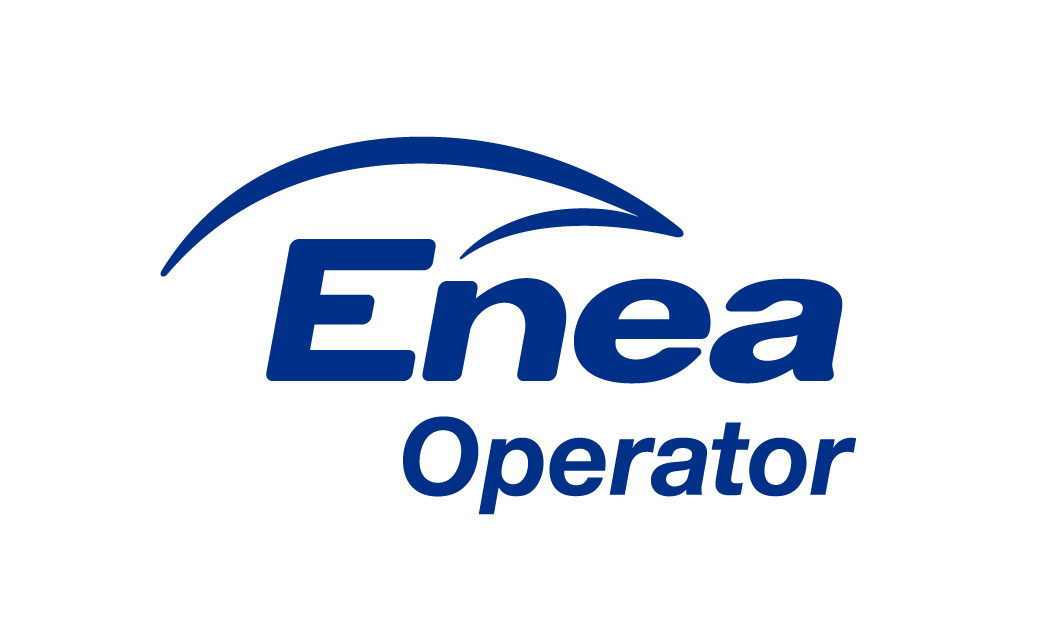 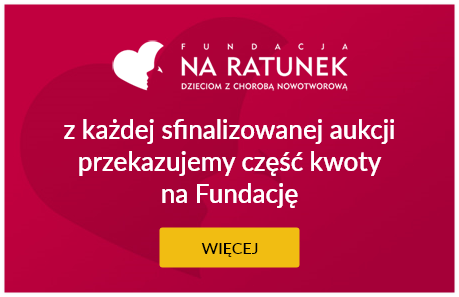 Find out how much you’re spending on your car with Fuelio!

For many drivers, car expenses are a very important item on the household budget. Now you can control them by easily comparing fuel prices between different petrol stations. It all became possible thanks to an app called Fuelio, developed by Adrian Kajda, an entrepreneur from Opole, a few years back.

For many drivers, car expenses are a very important item on the household budget. Now you can control them by easily comparing fuel prices between different petrol stations. It all became possible thanks to an app called Fuelio, developed by Adrian Kajda, an entrepreneur from Opole, a few years back.

The app caught the public’s eye when Susan Wojcicki, the co-founder of Google and the CEO of Youtube, mentioned Fuelio in her speech during the CEE Innovators Summit in Warsaw.

The application was developed back in 2011 when Adrian Kajda was a mobile applications programmer at the University of Opole. Fuelio was his past-time activity project. Right from the start the app allowed to monitor the car maintenance and insurance costs, as well as carwash and fuel expenses. The main goal was to keep the app simple and easy to use.

Main Functions of the app

Fuelio helps to control your car’s maintenance costs but that’s not all. The user-friendly Android app reminds its user about the upcoming car service, insurance payment due date, oil change, etc. It is also a great tool to save money, as it allows users to quickly compare fuel prices on different petrol stations.

Popular all over the world

Fuelio has become well-known all over the world. Since its debut in Google Play Store, its popularity has continued to grow, and the app itself is regularly updated. It is estimated that by May 2017, Fuelio will have reached 2 million downloads. At the moment, the app is available in over 35 languages. It is safe to assume that after Susan Wojcicki mentioned the app in her speech, the interest in the app will further rise. Adrian Kajda has recently begun cooperation with Slovakian company Sygic, hence Fuelio is now in the company’s portfolio.

Volkswagen Arteon will be the direct successor to the Volkswagen Passat CC. The new model was unveiled during the Geneva International Motor Show on 7th March 2017.

Arteon is more luxurious than Passat. Even the name suggests that the car belongs to the premium segment. It combines the word “Art” and “eon” which is a reference to Volkswagen Phideon, a luxurious limousine available on the Chinese market.

Volkswagen Arteon is a four-door coupe with a dominating front-end, accentuated by a long bonnet overlapping the front wheel arches and reaching all the way to the front grille. It has integrated LED headlights and chromed grille blades. The car’s design is in line with other competitors of the sports sedan market segment. The bulging wheel arches and pronounced rear-end combined with an expressive “waistline” further highlight the slenderness of the car’s build.

As already mentioned, the car uses the MQB platform. The engine is mounted transversally, saving the cabin space. At 4,862 mm long, 1,871 mm wide and 1,427 mm tall, the Arteon’s proportions allowed for a dynamic and modern design.

Let’s not forget about the car’s technical features. VW will offer a slew of 6 engines with power output between 110 KW / 150 HP and 206 KW / 280 HP. Front-wheel drive and 4MOTION all-wheel drive will be offered. The car comes with a suite of available technology. It is equipped with Active Info Display, a head-up display and a multimedia Discover Pro system with a 9.2 inch screen and gesture control.

The new model offers one of six turbocharged engines with direct injection. Both diesel and petrol versions are available. The basic 1.5 TSI Evo petrol engine is especially worth noticing. It is extremely efficient, as it offers the Active Cylinder Termination technology (ACT).

The new model has been revealed in Poland at the Poznań Motor Show 2017. The Polish importer has also announced the prices of the new car. Anyone, who decides to buy the new Volkswagen Arteon will have to pay at least PLN 127,690 – that’s the price of the car with 1.5 TSI engine with 150 HP power output.

The most popular vehicle brands in the Internet in 2016

In the beginning of 2017, Quickco Company operating in the international sales of vehicle parts via Internet developed the report on the most often searched vehicle brands in the Internet in 2016 year.

In the beginning of 2017, Quickco Company operating in the international sales of vehicle parts via Internet developed the report on the most often searched vehicle brands in the Internet in 2016 year. Particular brands were assigned to countries. Data was presented for 2016 year and for 193 countries. What cars make the greatest emotions?

It turned out that the most popular car brand in the network is Toyota. Information about cars from this Japanese producer was eagerly searched worldwide, but in up to 71 countries Toyota was “number 1”. Including i.e.: China, United States, Australia and some African countries. The fact that the second place in terms of popularity among Internet users was taken by BMW is somehow astonishing. This German brand was very popular on European markets, including Poland. Also in Austria, Great Britain, Germany, Belgium etc. Third place was occupied by Asian brands: Honda and Hyundai. These popular Japanese brands, in which our market places much interest, were the most often searched in Canada, Brazil, Korea, Russia etc. Now we should add, that Internet users’ hits for precisely Toyota, BMW and Hyundai comprised 70% of all hits. This is the best proof for the fact, how much popular the mentioned brands are on the market.

The fact that Volkswagen was not on the podium can be quite shocking, at least for Poles. Not only that it is the biggest vehicle manufacturer, but also this brand has been very demanded on domestic market since years. Trends are clearly changing. Volkswagen took seventh position, and Chevrolet with Renault were ahead of it, despite brands named formerly. German brand was the most willingly searched brand in Belarus, Spain and Romania. Chevrolet, the American brand, was the most interesting one in Latin America countries. Some brands were the most willingly searched in the countries, from where they came from. Therefore, Renault was the most interesting for Frenchmen, Fiat for Italians and Volvo for Swedes.

Such settlement not necessarily produces real sales results, but it perfectly presents trends existing on the market. We should emphasise that some very renown vehicle brands did not raise greater interest in any researched country, from total 193 ones. It comes at least to Nissan and Ford. It even happened that British Jaguar was not so popular - this brand took first place in the Internet hits for Belize, a country infamous for high crime rate.

We know that Poles most often searched the information about German brand, BMW, in 2016 year. Whereas, the crown for the most often purchased cars goes to Ford, Volkswagen, Opel and Skoda. This sequence represented used cars. When it comes to new cars, Skoda was most often selected, what can be explained with respectively affordable price.